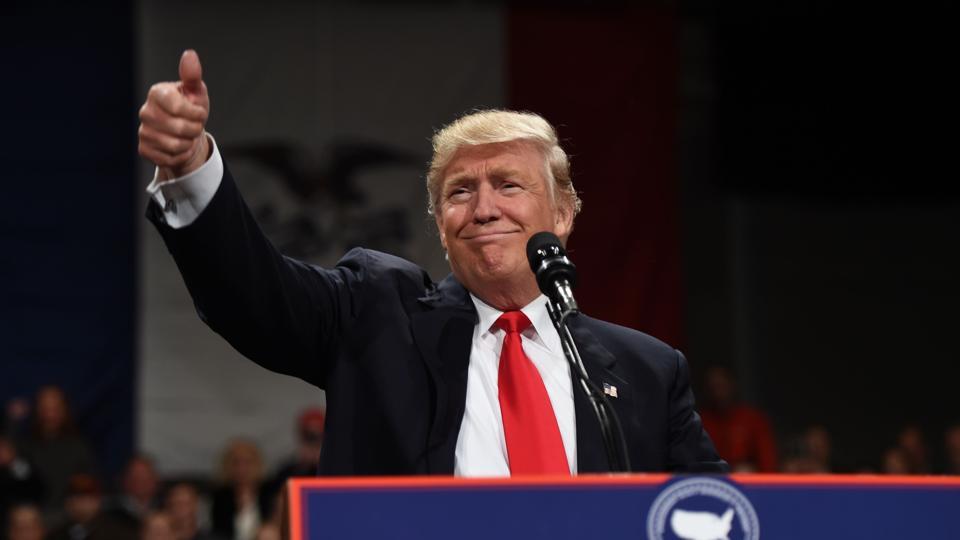 December 26 : 016 could well be the year of gaffes. Be it the brash Donald Trump or the discreet Queen Elizabeth II, leaders from cross the globe suffered foot-in-mouth moments.

1) When it comes to bloopers by politicians this year, US President-elect would win hands down as he committed one gaffe after another on his way to the White House.

In April, while campaigning, Trump, who had made his advocacy for New York City after the 9/11 terror attacks central to his run for the White House, accidentally referred to it as 7/Eleven — a popular chain of convenience stores.

In another faux pas, Trump, during his campaign, said Russian President Vladimir Putin won’t make a military move into Ukraine — even though Putin already had done just that, seizing the country’s Crimean Peninsula.

The gaffe-prone Republican presidential candidate made another slip just ahead of the November 8 presidential polls, asking his supporters in Florida to go out and vote on 28 November — 20 days after the actual election date.

Read | This Donald truly Trumps on the joke list

It was not just Trump personally making bloopers but his campaign was at it too.

A Sikh in the US was misidentified as a Muslim supporter of Trump in flyers distributed by the Republican’s campaign.

In January, an election advertisement of Trump used wrong footage to back his strong views on illegal immigration.

The advertisement showed people rushing towards a border fence as the narrator says he “will stop illegal immigration” from Mexico but the footage used was of a Spanish enclave in Morocco.

US’ Libertarian presidential nominee Gary Johnson also made a couple of gaffes that were widely mocked across the world.

Asked what he would do about the Syrian city of Aleppo, the region at the centre of that nation’s civil war and refugee crisis, Johnson responded by asking, “What is Aleppo?”

In September, Johnson was unable to name his favourite foreign leader in an MSNBC town hall.

Johnson was repeatedly pressed by the host to name his favourite foreign leader, but he couldn’t come up with one. “I guess I’m having an Aleppo moment,” Johnson said.

Also in September, censors in China went into overdrive after Chinese President Xi Jinping’s slip-up during a speech in Hangzhou before the Group of 20 Nations leaders’ summit.

In a speech at the summit, which advises the G20 leaders on policy decisions, Xi talked about the global economy and quoted an ancient Chinese phrase, “Make the tariff light and the road smooth, promote trade and ease agricultural policy.”

But because the last character in the phrase for agriculture is very similar to the one for clothes, he reportedly ended up saying “taking one’s clothes off” instead of “ease agricultural policy”.

In May, then British Prime Minister David Cameron was caught on camera calling Nigeria and Afghanistan “possibly the two most corrupt countries in the world” even as he hailed their leaders’ planned attendance at an anti-corruption summit in London.

He was caught on camera making the remarks to Queen Elizabeth II and Archbishop of Canterbury Justin Welby at an event marking the monarch’s 90th birthday.

“We’ve got some leaders of some fantastically corrupt countries coming to Britain,” Cameron said, apparently referring to the anti-corruption summit he was hosting.

“Nigeria and Afghanistan, possibly the two most corrupt countries in the world,” he said, according to a video clip published by the ITV News channel.

Even the 90-year-old longest reigning British monarch made a blooper when in a rare diplomatic gaffe she was caught on camera referring to Chinese officials to be “very rude” during President Xi Jinping’s state visit to the UK last year.

Her comments were recorded by an official royal cameraman during a Buckingham Palace garden party in May.

Last month, British Prime Minister Theresa May made an embarrassing gaffe by congratulating Jeremy Corbyn on his non-existent grandchild at PMQs.

Corbyn also had his share of slip-ups in the Parliament, including one in which he confused the International Monetary Fund (IMF) with the Institute for Fiscal Studies (IFS).

Standing at the dispatch box, Corbyn said it was the “abject failure” of the government’s economic strategy, claiming that forecasts were down.

But his effort went wrong when May pointed out to her opponent that the International Monetary Fund (IMF) has, in fact, said the UK will be the world’s fastest-growing advanced economy.

The Labour leader, confusing the IMF with the IFS, said, “Since she quotes the IFS…They go on to say the prospect for workers over the next six years was — and I quote — ‘dreadful’.”

May was swift to pick up on Corbyn’s gaffe and chastised him for his error. “I think given that he can’t differentiate between the IMF and the IFS it’s probably a good job he’s sitting there and I’m standing there,” she said.