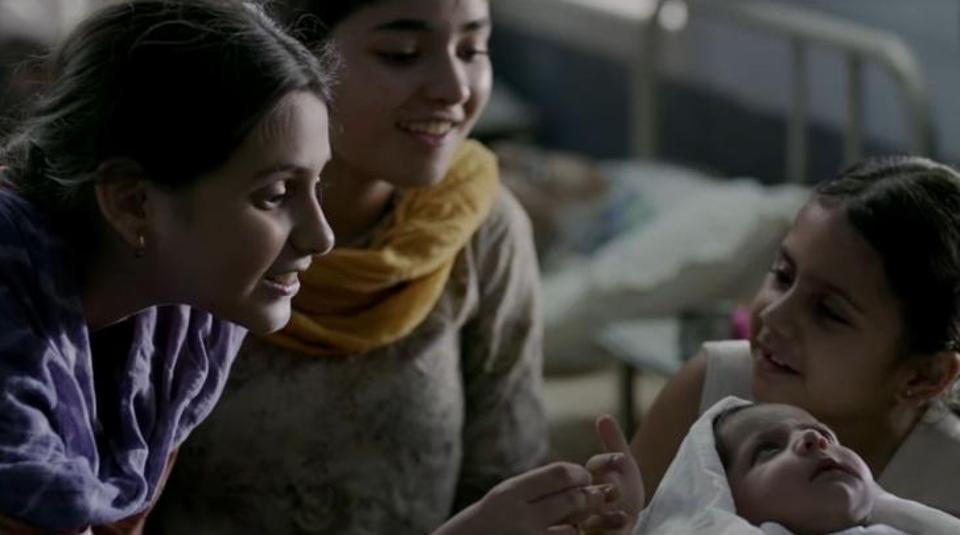 Few things are as scary as a weekend crowd at a south Delhi mall but chatter about a Hindi movie featuring strong female characters bestows enough strength. But despite braving a deluge of red caps, yuletide cheer and the customary national anthem, I was disappointed with Dangal.

Promotions of the movie had cast the story of two of India’s top wrestlers as one of hope and women’s empowerment. But the 160-minute movie is a slugfest with the women’s father at the centre, disfiguring their lives to fulfil his dream but somehow emerging as the hero. The women, who win several laurels and brave personal and social impediments, are pushed to the background instead of being centrestage.

Aamir Khan’s Mahavir Phogat has no real use of daughters and makes it clear to his wife multiple times before two of his girls turn out to be nimble brawlers. But is any time wasted in appreciation or exploring how beating up a boy breaks stereotypes? No. Instead, the camera and script chase Mahavir’s gold medal dream at a breakneck pace.

There is no evidence offered that Phogat realises the value and inherent worth reposed in his daughters – instead, the absent father transforms into an overbearing one to fulfil his dream, not theirs.

He puts them through a punishing schedule, robs them of their childhood without a moment of regret, consultation or reflection in a way that only a controlling patriarch can.

The script erases the girls and constantly credits him for braving the taunts of conservative neighbours. This is unfortunate because in reality, the young women would likely have been the target of a bulk of the disparaging comments and could only have carried on with extreme courage.

The training shots and the accompanying song is an uncomfortable look-back at the kind of parenting we see all around us – fathers and mothers forcing kids to abandon childhood pursuits and making them cram books in preparation for some tough engineering or medical examination.

That the coercion is done on mud and not on pen-and-paper doesn’t make the injustice any lesser — a lesson in irony because Khan had publicly advocated against parents pushing their dreams on children in his 2007 hit, Taare Zameen Par.

Through the film, Mahavir wears his fragile masculinity on his sleeve while trying to strip his daughters of any femininity. He howls in anger every time he loses control of their lives – think of the scenes when Geeta returns home from the academy – and the movie teaches you that it’s doesn’t pay when you disobey the patriarch.

Mahavir wrestles Geeta and loses, but not before manipulating her into guilt that pushes her back into his control.

But no questions are asked as by the second half, it is clear that any demands have been made at the altar of the country, the go-to refuge for every form of bigotry nowadays.

The girls must wrestle, Geeta must win to keep up the honour of the father, the nation and make herself into an icon – a burden enough to crush an individual. Patriarchy is replaced by patriotism but the result is little different than Nargis from Mother India 60 years ago – a suffering but “heroic” woman.

The film’s tagline and its so-called drive towards women’s equality comes from Khan – the actual women are just silent actors too thankful that the father had treated them as “aulaad”. Mahavir is the patriarch through which all ideas must flow, even if that is about strong women.

Bollywood can think of female characters but as the much-vaunted Pink showed earlier this year, it cannot digest feminism unless presented in the safe hands of men. Thank you Amitabh Bachchan and Aamir Khan for talking about women, because we are too scared to let the women speak for themselves onscreen.

Dangal presents Geeta and Babita as exceptions who escaped sexism because they were of some value to a man. But any philosophy that praises women as instruments – for gold medals or national honour – and not for their inherent personhood is harmful.

It is no accident that women are erased from violent nation-making sagas, stories of their displacement, murder and rape are suppressed in wars, and they are seen as sacrificial characters to be worshipped. National honour is often as damaging for women as patriarchy. In its refusal to understand this lays the real tragedy of Dangal.