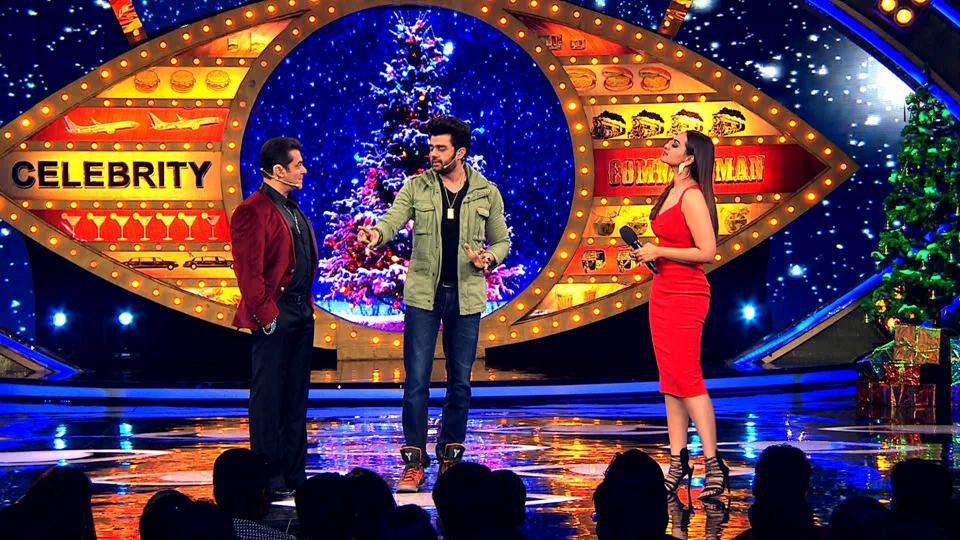 December 26 : Salman Khan let his guard down on Sunday’s episode of Bigg Boss, and it was a treat to watch the superstar in his elements. With his Dabangg co-star, Sonakshi Sinha and Maniesh Paul as celebrity guests for the Christmas special show, it was a welcome break for contestants still surviving in the reality show.

Here are the highlights from last night’s episode:

When Manish made ‘fun’ of Salman’s driving skills

Monalisa cried during a task

During a task conducted by Sonakshi, Monalisa was asked who could have said that Mona shouldn’t be crying if she wanted to live up to her ‘Sunny Leone’ image. Before answering, Mona got emotional and Sonakshi had to stop her saying, “You should just answer, please don’t cry.”

Farji Baba, the Om story
When Sonakshi asked Manveer Gujjar, “Swamiji is making a Rs 100 crore film. What will be its name?” he said, “Farji baba – the Om story.”

These are our picks from last night’s episode, share yours https://twitter.com/htshowbiz